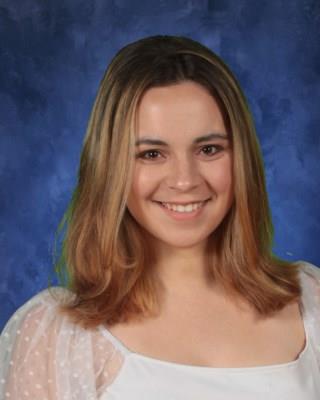 “Why are you holding back? What are you saving for - for another time? There are no other times. There is only now. Right now.” George Balancine Mrs. Scarlett Saizan-Lancon is ecstatic to be back in the school that gave her so much. During the day, she is teaching Foundational Employment Skills, and after school, she is sharing her knowledge with CHS Voices as the resident choreographer. Though her time in the St. Bernard Public School System was brief, she was able to accomplish all her goals in the arts by participating in CHS Voices, CHS Live, and The Performing Arts Academy. After graduating honors in 2013 as a Golden Owl recipient, Mrs. Saizan-Lancon went on to graduate college at Northwestern State University with a B.S in Theatre with a double concentration in Musical Theatre and Dance. Here she was able to study Dance Pedagogy. Anatomy, and ballet with the emphasis in the Vaganova technique. From there, her professional career flourished where she appeared in regional productions of Chicago, Tuck Everlasting, and The Hunchback of Notre Dame. From there, this growing Owl spread her wings and flew to her next destination, Sandusky, Ohio. There she performed at the Roller Coaster Capital of the World, Cedar Point, in shows such as Lights, Camera, Action and Lusty Lil’s French Review as well as appearing as the Wilderness Princess FiFi in Forbidden Frontier. After her two year residency at Cedar Point, she traveled to the Big Apple where she worked alongside Broadway actors and choreographers such as Conner Galagher from Beetlejuice, Jessica McRoberts from Spider Man, and Luis Salgado from In the Heights. Before the shutdown, Mrs. Saizan-Lancon was featured in the production of Matilda where she worked on and off 42nd street. While she was working in the entertainment industry, she was also working in the educational field with children located in the country of China. Once established, she was able to not only enhance their studies in English as a second language, but she was also able to apply arithmetic and science with a focus in physical science and biology in their curriculum. Now, she is planting her feet firmly on the ground as she enters her third year at CHS. She hopes, if anything, she can bring a light to every student’s life for a moment, a minute, an hour, or a day. Mrs. Saizan-Lancon has continued to spread her passion of the arts to the next generation by becoming the choreographer for the CHS Voice. Her work has been seen in past performances: Guys and Dolls, How to Succeed in Business, CHS Christmas Variety Show, The Sound of Music, Anastasia. When Mrs. Saizan-Lancon is not performing or teaching, she is enjoying time with her daughter Thea Elizabeth, teaching at Velocity Dance Center, attempting to bake cookies, and studying to be the best version of herself.