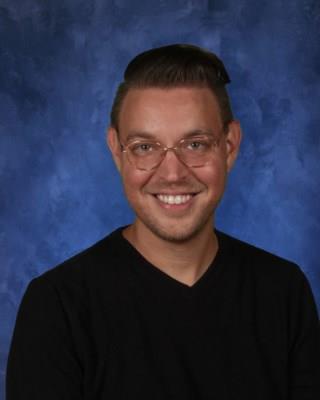 "I write entirely to find out what I'm thinking, what I'm looking at, what I see and what it means. What I want and what I fear." -Joan Didion

Like you, Mr. Templet is a product of Chalmette High and the St. Bernard Parish School District (Class of 2006). His passion for literature and the English language began at a young age and in the very classrooms in which you now sit. Here at Chalmette, he became enthralled by the power that great literature and writing has to inform and connect people from all over the world. This infatuation with the written word lead him into an almost decade-long career in journalism, where he witnessed just how substantial writing and reading are to our society. It is this discovery that influenced him to become an educator. He has personally witnessed how important skilled communication is, and he hopes to impart this to you so that you can succeed wherever your lives take you after leaving this classroom. If you can say what you mean and mean what you say, the world is your oyster!

In addition to teaching English IV, Advanced Placement English Literature and Composition, and dual enrollment Composition II, Mr. Templet is the sponsor of Magnum Opus, Chalmette High’s literary magazine, sponsor of the CHS Ambassadors, and is the assistant director of the CHS Live fall play. He also works in the visitor side concession stand during Owl football games, serving fans the best cold drinks and popcorn in the New Orleans area. He was named the 2023 Louisiana High School Teacher of the Year and as one of the "40 Under 40" New Orleanians by Gambit newspaper. Outside of Chalmette High’s halls, Mr. Templet is a clarinetist and can often be found on his front porch reading some of his favorite books (including his absolute favorite, Breakfast at Tiffany’s) or disturbing the neighborhood by talking too loudly while music by Stevie Nicks or the Rolling Stones plays from the stereo.

This classroom is your place to fly. So, soar on Owls. Soar on!