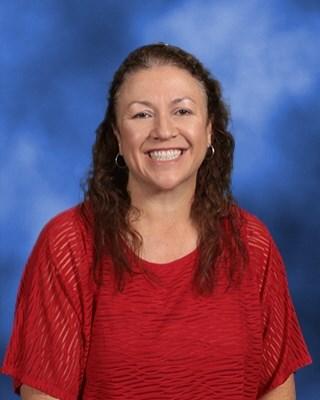 Mrs. Capstick received her bachelor's degree and master's degrees from the University of New Orleans. In May of 2019, she completed her second Masters' Degree Program earning a Masters of Education in Educational Leadership. She is a certified middle school science instructor. She began teaching for the Archdiocese of New Orleans as a self-contained, second grade teacher. She then went on to become the Public Programs Manager for the Education Department at the Audubon Zoo. Following Hurricane Katrina, Mrs. Capstick returned to the classroom for the Recovery School District of New Orleans where she also served as a mentor teacher. This is Mrs. Capstick's twenty-first year in the classroom and her tenth in St. Bernard Parish teaching middle school science. She is a co-writer of the science curriculum for St. Bernard Parish. She is the N. P. Trist Middle School Teacher of the Year and the District Middle School Teacher of the Year for 2016 - 2017. She received the American Petroleum Institute's Chairman Award last summer. Mrs. Capstick was also chosen as one of the New Orleans Saints' Teacher of the Week for the 2016 season. In 2019, she was chosen by the Louisiana Science Teachers' Association as the Middle School Science Teacher of the Year for the state.

Mrs. Capstick is a second generation educator, following in her mother's footsteps. She enjoys watching her students work through difficult concepts and lives for the light bulb moments in her classroom. She aims to inspire students to love science and advocate for southeast Louisiana as much as she does. Her philosophy for education is to tell her students where to look but not what to see.

In addition to her teaching and curriculum writing duties, Mrs. Capstick is the co-sponsor of both the Junior National Beta Club and the STEM Club at N. P. Trist. She is an avid supporter of the Trist band and athletic teams. She enjoys enrolling in professional development and workshops to increase her knowledge of her subject matter. She has worked with the Transforming Earth System Science Education collaboration at the University of New Hampshire, the Mississippi River Delta Institute with Hamline University and the Meraux Foundation, and completed the LaSIP Program at the University of New Orleans this summer. Outside of school she enjoys running and spending time with her family, including her husband, Joel, and her eight-year-old son, Jonah, a Joseph Davies Pelican.