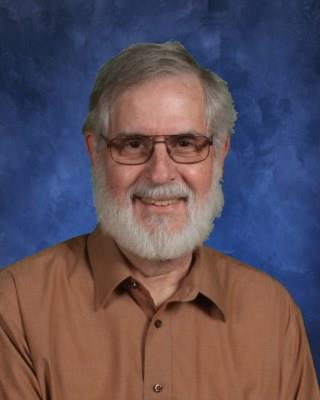 Tom Dugger. Mr. Dugger currently serves as Chairman of the English Department at Chalmette High School, where he continues to teach English IV and English V classes.  A member of the Chalmette faculty since 1988, he has taught these senior level English courses that entire time.  He is the only remaining committee member in the parish who was involved in the creation of the English V course, one the parish created and had certified by the state to serve the needs of honor level seniors who had taken English I as eighth graders. Mr. Dugger holds a B.A. from Spring Hill College and an M.Ed. from Tulane University. In addition, he has achieved the Masters +30 academic designation. He has been an educator for  50+ years.

Previously, Mr. Dugger has taught at Vandebilt Catholic High School, Brother Martin High School, Gables Academy (where he served as assistant principal) and P.G.T. Beauregard High School prior to its merger with Chalmette High. He came to Chalmette when the two schools merged in 1988. He also spent several summers on the staff of the St. Stanislaus summer camp in Mississippi. He was named Chalmette High School’s Teacher of the Year in 1996. While at CHS, he has directed and co-directed productions (with Ms. Pat Babin) for CHS Live, including My Fair Lady, Arsenic and Old Lace, Harvey, Mame, The King and I, Leading Ladies, The Three Musketeers, Cash on Delivery, 13 Past Midnight, Robin Hood, The Government Inspector,Murdered to Death, and Laughing Stock, and he wrote and twice co-directed the original Christmas play A Night at the Inn, which debuted with its CHS Live performances. Additionally, Mr. Dugger originated and heads the senior trip and inaugurated the annual Golden Owl Awards, which he continues to administer. As a senior class sponsor, he coordinates efforts with Ms.Phyllis Diecidue and senior class members to produce the prom.

His interest in education stems from his own experiences with influential teachers while he was in school and a desire to play a similar role in the lives of today’s adolescents.  He believes that the relationships he can establish through time shared both within and outside the classroom can positively impact their lives. The return on this investment in his students comes when they progress  beyond Chalmette and function well in college, a goal for which he worked to prepare them.

Outside of Owl Country, Mr. Dugger has been active in the local theater community, where he has performed in such shows as Romeo and Juliet, Amadeus, Waiting for Godot, Social Security, The Diary of Anne Frank, 12 Angry Men, and Death of a Salesman. He is a founding member of the children’s theater troupe, The Patchwork Players, with whom he performed for twenty-five years, retiring in 2009. He was awarded a Big Easy Award as Best Supporting Actor for his role in 12 Angry Men. He is also a lifelong fan of the works of Walt Disney and yearly takes seniors on a visit to the theme parks in Orlando. In addition, he writes a little, reads a lot and dabbles in various forms of art and photography.