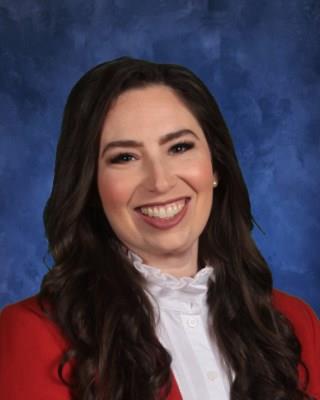 In 2002, Annelise worked to create and launch The Performing Arts Academy’s first summer program and directed for the following three years. No stranger to the concert or theatrical stage, some of her performance credits include Mahler for the Children, a benefit at Carnegie Hall for children with AIDS, Hucklebee in The Fantasticks, Annina in La Traviata, and a summer season with Opera in the Ozarks. She also sings with the New Orleans Vocal Arts Chorale, the official choral ensemble of the Louisiana Philharmonic Orchestra, and performed Mahler’s Symphony No. 2 at the 2015 Opening of the Orpheum Theatre. She also maintains her professional singing career on a weekly basis at Trinity Episcopal Church on Jackson Avenue, singing solos and choral music under the direction of Dr. Paul Weber.

Uniquely equipped to manage the business side of Chalmette High’s performing arts organization, prior to teaching, Mrs. Cassar Tedesco served as the Associate Director of Marketing for the Louisiana Philharmonic Orchestra and also completed a Production Internship with the New Orleans Opera Association prior to teaching in St. Bernard Parish. Most recently, Mrs. Cassar Tedesco was honored to be the soprano soloist for Handel's Messiah in a collaborative concert with musicians from the  Symphony Chorus of New Orleans, Louisiana Philharmonic Orchestra and Chalmette High's own CHS Voices Varsity Chorale.