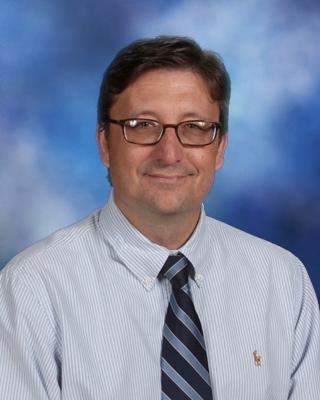 Mr. Tillman's learning and growth has continued over three decades.  After earning a degree in English from the University of New Orleans, he began his teaching career in 1989 at Andrew Jackson High, where he taught English IV.  By the end of his second year, he realized that teaching in St. Bernard was the right place to root himself and so decided to apply for tenure (which he received) and to attend graduate school at UNO. By 1995, he had received not only a Masters degree in English but had also won the "Most Outstanding Graduate Student" award for English.  Concentrating his focus on the Christian existentialism of the great American novelist John Updike, he produced a Masters Thesis on the different threads of the philosopher Soren Kierkegaard's Christian existentialist theories in the works of John Updike.

By 2000, Mr. Tillman was teaching English IV, Honors English IV, and Advanced Placement Literature and Composition.  These teaching assignments helped him nurture a love of self-improvement through the act of helping himself and others, and he has benefited through his attempts to help himself and his students through the study, contemplation, and discussions of the great authors: Chaucer, Shakespeare, Defoe, Flaubert, and many others.  Yet he feels his greatest achievement and his greatest joy in teaching has been nurturing his students.  After Hurricane Katrina, Mr. Tillman decided to return to the St. Bernard School System, for that is where his roots were planted, and he felt that if he were to grow professionally, he had to reconnect with his roots and with the wonderful community of St. Bernard. Therefore, it was then, in 2006, that Mr. Tillman joined the Chalmette High Faculty and has come to both appreciate and enjoy the great culture and high academics of this A-rated school.

His personal interests include reading, traveling, and his family.  His wife and daughter are the foundation stones of his life: without them, he feels his life would be diminished.  As his wife is from England, he travels there every year and often visits, and does a leisurely kind of research, on the great British authors.  Whether it be walking through the poet William Wordsworth's Lake Distrinct in the North of England or the museum dedicated to Charles Dickins in London or the home of Jane Austen in the beautiful English city of Bath, he uses these travels as a spiritual recharging of his soul.  His family and these travels add life to his existence.  Yet the act of reading also helps to strengthen these foundation stones.  Re-reading and re-examining the sacred books of the Bible, the great works of Shakespeare, and the poetry of T.S. Eliot have given him the wisdom to become a better teacher and person, yet these books also remind him of the value of maintaining his humility--of not closing his ears with pride but opening them with hope to the words of his students, their parents, and his superiors.

His hope is that he can push his ego aside and serve as a vehicle to transmit not only the logic of grammar, the creativity of writing, and the analysis of literature but also the logic of wisdom and the self-nurturing qualities of spirituality as found in the great books.

He looks forward to another year of teaching at Chalmette High, of serving and nurturing his students, and the excitement of both English IV and AP Literature and Compostion.