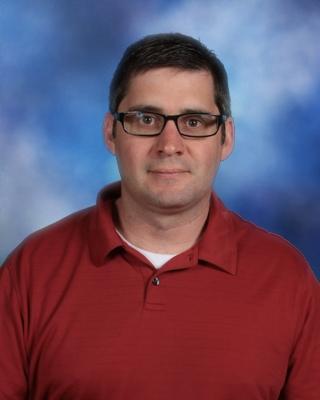 David Bellard joined Chalmette High School in 2011 and teaches both English III Pre-AP and AP English Language.  Mr. Bellard believes in educating the whole student – intellectually, emotionally, and socially – and he does so through a highly active classroom that focuses upon extremely rigorous texts in order to develop the critical thinking and writing skills for all of his students.
A graduate of St. Martin’s Episcopal School in Metairie, Mr. Bellard attended Louisiana State University where he earned a Bachelor of Arts degree in English in 1998. Subsequently, Mr. Bellard earned his Master’s Degree in English from the University of New Orleans in 2000 and completed 30 graduate hours beyond his Master's Degree in 2010 as he pursued his teaching certification.  Mr. Bellard is rated Highly Effective and possesses both a Level 3 Certification from the State of Louisiana and an AP English Language Instructor Certification from the College Board.  Mr. Bellard earned his Master's in Education with a focus on Ogranizational Leadership from Teachers College, Columbia University.
In addition to his pursuing his passion for teaching, Mr. Bellard also serves as Beta Club sponsor and the Posse Scholarship Coordinator.
Copyright © 2002-2023 Blackboard, Inc. All rights reserved.