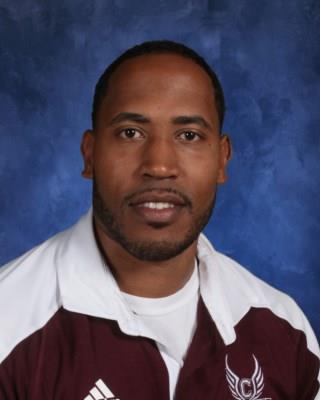 Coach Dorian Hall is a Physical Education teacher at Chalmette High. Along with his teaching duties he is a defensive line coach for the football team and the throwing coach for the track team.

Coach Hall first started teaching at Andrew Jackson Middle in 2010. He was a special education teacher in math, social studies, and science for his first three years. After leaving the classroom, he moved into the gym and taught two years of P.E. Then from there he moved on to Chalmette High to teach physical education in 2015.

Coach Hall has a passion for anything sports related. He loves watching all major sports, even hockey, nascar, and golf.  One of his biggest passions is fitness and nutrition. There isn’t a day he doesn’t talk to students about fitness or proper nutrition.