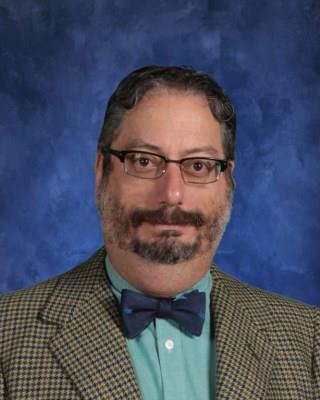 Since joining the St. Bernard Parish School Board family in  2007, Mr. Zanca has taught Music Appreciation, Science, Journey to Careers, and Exploratory Keyboarding at N.P. Trist Middle School and Andrew Jackson Middle School.  In addition to his duties in the classroom he has coached Academic Games, accompanied the Chorus, assisted with Cooking Club, Drama Club, and the Colonel Currents newspaper.

Mr. Zanca grew up between Arabi and Bay St. Louis.  He attended St. Louise de Marillac and St. Stanislaus High School.  His college studies were at Loyola University in New Orleans, and Georgia State University in Atlanta where he earned the degree of Bachelor of Music with a concentration in Music History and Literature and Organ.  He received his teaching certification from the University of New Orleans in 2008.

In addition to his work at Andrew Jackson Middle School, Mr. Zanca is in his 29th year as Director of Music at St. Alphonsus Parish and the historic Church of St. Mary's Assumption in the Irish Channel.  He maintains an active schedule as an organ recitalist, performing throughout the United States. During the summer he can be found in the costume shop and the orchestra pit at the St. Bernard Performing Arts Academy.  An avid road tripper, he travels in excess of 8,000 km each summer in his vintage Volvo visiting friends and family, and scouring thrift stores and junk shops.  His favorite finds these days are blazers and  bowties (which he wears to school),  torsion-pendulum clocks (which try his patience), and vintage office machines (some of which are on display in his classroom).